Along with our house came a rather extensive garden. It’s not acres of rain forest but it’s definitely more than what we were used to; nothing.

It’s big enough to have several sections. There’s the front yard, there’s the back yard with its beginning by the house, its open, grassy middle and then end, which has been seemingly completely neglected by the former owner for years. It is a mess. With a little love and good set of gloves, that end could become almost a little garden in itself.

When we got the house, the Danish November’s harshness had everything stripped of leaves and berries and anything green that could give us, the crude city people, any indication of what any of it was.

Then spring came and it blew up. It turned out we had raspberries, blackcurrants, redcurrants, apples, hazelnuts, a, lonely but giant, rhubarb. Tiny woodland strawberries came up all around the edges of the bushes. The kids ate everything.

How do you handle all that green? You only have one choice: Little by little. You nurture one part. Leave it for a bit. Look at the mess. Then come back and tend to another part. Little by little.

Frank Chimero recently posted something on his blog that resonated with me (and others.) On the topic of how the author of Game Of Thrones, George R. R. Martin, built his intricate world with its complicated relationships and long-running plotlines:

In interviews, [George R. R.] Martin has compared himself to a gardener—forgoing detailed outlines and overly planned plot points to favor ideas and opportunities that spring up in the writing process. You see what grows as you write, then tend to it, nurture it. Each tendrilly digression may turn into the next big branch of your story.

It resonated because it reminded me of how I treat my side projects. (I recommend reading the whole postblog.)

When I look at all of my projects, it’s a mess. Each project deserves nurturing. They hunger for the attention of their master who’s seemingly found new love elsewhere. Nothing is perfect, heck, some parts just barely hold together. Yet, my attention isn’t easily controlled. Forcing myself to throw every spare hour at trimming the edges of every project would make me mayor of Burnout City faster than I could buy a fancy top hat. And even if I did, it wouldn’t be time enough to get everything into perfect shape.

So I pick a part, a plant, and nurture it a bit. Yesterday that was Joof.app which is getting renamed and restyled and has been so for months. That is, I had decided that it was to happen, but I hadn’t found the time or motivation. 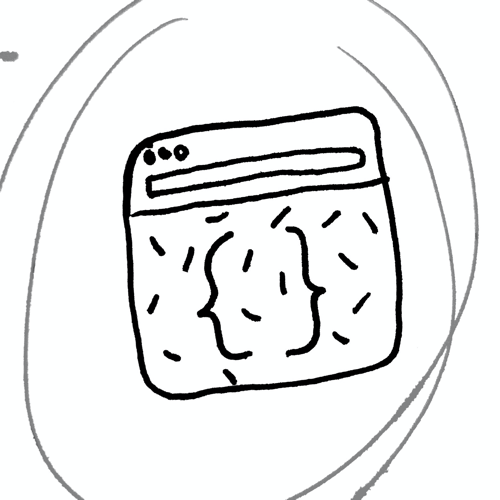 Jamming with Marc about names back in November, we’d come up with Sprinkles which, although being a slightly loaded term in the developer world, fit perfectly.

A rough sketch of a logo direction had been living as the only thing on my otherwise completely empty macOS desktop. Then, two days ago, the motivation was there and I bashed together a version of it in Sketch. 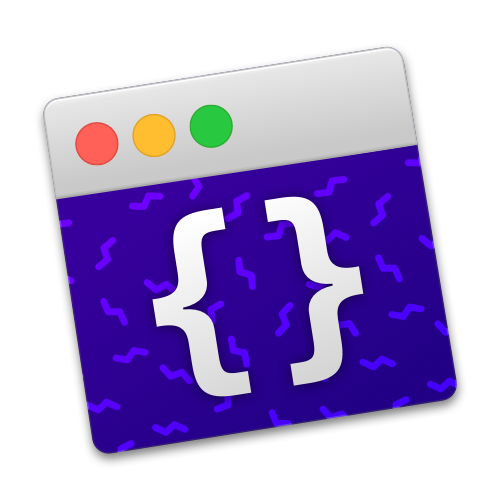 I sent it out to a few trusted designer friends on Twitter to get some quick reactions. Everyone agreed it wasn’t quite there yet. The window didn’t look like a browser. The colors were more akin to an editor. Another round and it looked like this. 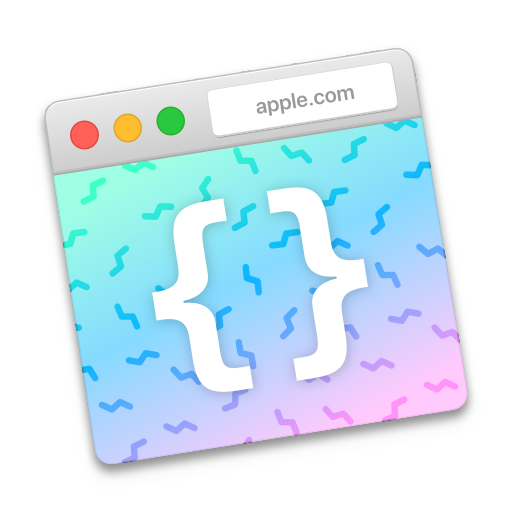 I’m not sure this is where it ends – but it’s good enough for now.

Good enough is good enough and with side projects that’s what we’ll have to come to terms with. We can look out into the project garden and see how everything is perhaps a bit rough, but a little love here and there and over time we’ll get to eat the berries and and and…, enough with that metaphor.

Receive a note when I publish new writings on building, shaping and running small-to-medium software.